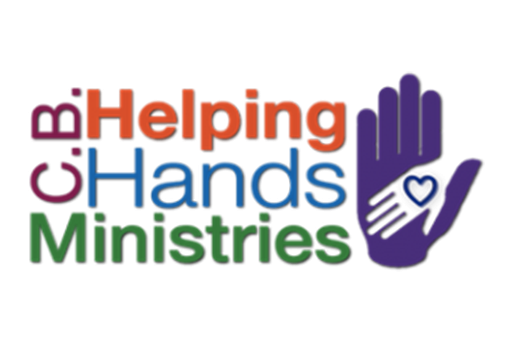 The American Diabetes Association’s Pathway to Stop Diabetes® research program is celebrating its fifth year of attracting a new generation of brilliant scientists into the field of diabetes research. I am pleased to recall the concepts behind its creation, report on its progress and envision its future.

In 2009, the Chair of the ADA’s Research Foundation (RF) Board, Ralph Yates, DO, challenged the rest of the RF Board to identify the biggest problems in diabetes research and develop a campaign around them. Of course, we all want “the cure”—but this may be more of an aspiration than a strategy, since both type 1 and type 2 disease are complex and heterogeneous, and, so far, resistant to solutions.

We concluded that the true crisis in diabetes is that the current U.S. funding system drives clinicians away from diabetes research, drives researchers to choose better funded diseases and favors incremental change over innovation and transformation.

The NIH is the largest and most important source of medical research funding in the United States. For decades, the NIH budget for diabetes research has been woefully inadequate compared to the magnitude of the problem and compared to other disease states.[1] For example, in 2017, the NIH spent $5.9 B for cancer research and $3.0 B for AIDS research, but only $1.1 B for diabetes research.[2] Yet, in 2017, an estimated 30.3 M Americans had diabetes,[3] the numbers affected are spiraling up, the treatment of the disease and its complications consumed 20% of the all healthcare spending[4] and more people died from diabetes than breast cancer and AIDS combined. Despite this, the funding is channeled to other diseases, and, like everyone else, researchers follow the money.

Another challenge for investigators early in their careers is finding stable and adequate research funding from non-NIH sources; the average age for a first R01 grant is now 43 for PhD researchers and 45 for MD researchers.[1] This problem may be exacerbated in diabetes, where the level of funding is so chronically low.

The third obstacle is the drive for success over innovation. That is, with funding stretched thin, reviewers give better scores to research proposals where success seems more likely, favoring established diabetes researchers, mainstream thinking and incremental change. Also, the NIH restricts the use of funds to the current research plans, delaying or preventing the exploration of unexpected findings. This means that hypotheses that challenge conventional wisdom or researchers established in another field who want to apply their knowledge to diabetes are less likely to be funded.

The NIH has acknowledged some of these problems and developed newer funding mechanisms to address them, however, they are also under-funded and some just delay the problem. For example, first-time applicants are given scoring advantages that they lose when they apply for their first renewal. This creates another critical point at which scientists in diabetes research whose R01 grants do not get renewed can be lost—to a clinical career or to research in other disease states.

The Nobel Prizes provide a model for scientists who make transformational changes, and recipients can have surprising backgrounds. Many are young when they make their discoveries. For example, Frederick Banting (insulin), James Watson (DNA structure) and Albert Einstein (relativity) were 29, 25 and 26, respectively, when they first published the seminal work cited in their Nobel Prizes. And notable numbers of Nobel Prize winners changed fields: Fredrick Banting was an orthopedic surgeon. Walter Gilbert, trained as physicist, received the Prize for DNA sequencing. Rosalyn Yalow, creator of the radioimmunoassay for identifying and measuring protein concentrations, trained as a nuclear physicist.

The irony is obvious. Judging from Nobel Prizes, people are more likely to conduct transformational research early in their careers or when they are changing fields—and these are exactly the scientists most vulnerable to being rejected for funding by the NIH and other traditional sponsors.

The American Diabetes Association’s Pathway to Stop Diabetes program is designed to attract and retain brilliant researchers in diabetes research. Our vision is 100 new scientists doing diabetes research in the next decade.

Working with a Sub-Committee of the ADA’s Research Policy committee in 2010 and 2011, and with gratitude to Al Powers, MD, (Vanderbilt University), Chair of the Committee at that time, we developed specific award mechanisms and criteria:

Our focus is on the person, not on the experimental details of their research proposal. We help ensure brilliance and innovation by asking each institution to nominate one person to apply each year. There are no restrictions on the field of training or expertise, or around the problem in diabetes that interests them. The awards are substantial ($250,000 a year for five years), and they are portable (because the grants are to the individual, independent of their institution). The core requirements are that the Pathway Scientists conduct diabetes research, submit progress reports each year and attend the annual Scientific Sessions.

We also established a Mentor Advisory Group (MAG) with expertise in multiple areas of diabetes to select the awardees based on the strength of their mentor references and uniqueness of their ideas. The mentors are available throughout the duration of the award for scientific and career advice. We encourage collaboration with the mentors and with the other awardees. My immense gratitude to Ron Kahn, MD, (Joslin Diabetes Center) for organizing and chairing the MAG during its first three years, and to Silvia Corvera (U Mass) for chairing the committee now. We are also very grateful to the 2012 Founding Sponsors, Novo Nordisk, Sanofi and Eli Lilly, as well as major 2012 individual donors, including Don and Arleen Wagner and Pete and Linda Cummin. Since the inception of the program, we received early additional support from Astra Zeneca and Merck, and we just recently welcomed Dexcom as a sponsor.

We now have 29 Pathway Scientists in five classes, almost six per year, awarded from 2014-2018. Their research interests encompass all forms of the disease, and they work throughout the United States. They have made substantial progress from the Pathway research:

With the first class of Pathway Scientists in their fifth and final year of funding, we are developing new programs to keep the former Pathway Scientists engaged in diabetes research. We can also measure their commitment to diabetes research, for example, by following their careers. Notably, we can examine whether the Visionary Scientists, who are established scientists in other fields, continue to work in diabetes after our Pathway funding ends. For example, Wolfgang Peti, PhD, the first Visionary awardee, has said yes—and now has a substantial NIH grant to continue his Pathway research.

We expect to measure the ultimate success of Pathway in Nobel Prizes and in substantial improvements for people with diabetes. I will not promise a cure or cures—because diabetes is a particularly complex chronic disease, and we have not cured any other chronic diseases. But, I do believe that Pathway Scientists will make transformational scientific progress, translating into greatly improved outcomes and quality of life for people with diabetes.

To enhance and ensure future funding, I would like to thank ADA’s Will Cefalu, MD, Chief Scientific, Medical and Mission Officer, who is revitalizing and expanding the Research Foundation Board. Please let Will or me know if you want to get involved. We invite you to join us in ensuring the continued success of the Pathway program and awardees!

Karen Talmadge, PhD, is the 2018 Chair of the American Diabetes Association Board of Directors; Vice Chair of the American Diabetes Association Research Foundation Board; and Pathway co-creator, Mentor Advisor, and major donor. She has been a volunteer and leader for the ADA at the national level and in the Silicon Valley, California community since 1994.